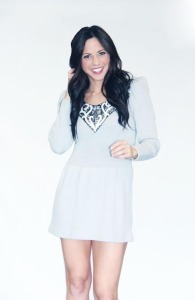 A radio host, television personality, entrepreneur and most importantly, a mom who is surrounded by kids in many aspects of her life, Emilie is the epitome of a modern day renaissance woman.  With professional dance artist and choreographer Cassie Russo-Sweeney, Emilie is the co-founder of CaRu Entertainment LLC and serves as the company’s Chief Operations Officer. CaRu Entertainment’s nationally recognized competitive youth dance team has received many accolades, and has appeared on TV shows such as FOX’s So You Think You Can Dance and Lifetime TV’s Dance Moms.

Previously, she was producer and host of Radio Disney Philadelphia’s The Backyard Show, a Sunday morning public affairs talk show for kids and families. She was also a live event host for Radio Disney emceeing events throughout the mid-Atlantic region. Emilie was the host for Wilhelmina Philadelphia’s Philly Kids Got Talent. She started her TV and radio career in broadcasting as a national news correspondent for KLBK and KAMC in Lubbock, TX, a host for the Financial News Network Online and as an on-air contributor for the WBCB 1490 AM.

Emilie has worked as a faculty member and workshop leader at the National Youth Leadership Conference and the Presidential Inaugural Conference in Washington D.C. She has recently enjoyed being a host for Saint Joseph’s University’s Unlimited Learning Series.

In her spare time, Emilie produces and hosts the radio show turned podcast, Wall Street to Main Street – a podcast covering business news, the economy and the stock market.

Emilie received a Master of Science in Broadcast and Digital Journalism from Syracuse University’s S.I. Newhouse School of Public Communications. She also holds both a Bachelor of Arts in English and a Master of Arts in Writing from Saint Joseph’s University in Philadelphia.

Emilie lives in Upper Makefield, PA with her husband, her step-daughter and three daughters, “L”, “Baby A,” and “Baby AA.” She is also the proud auntie of two nieces, and four step-nieces and nephews.